I'm trying to organize this in my library. Is this action/adventure, or?

I'd say just adventure, or point and click adventure.

just bought the game, but it (the mac ver) won't launch for some reason :/

Did you try it now? It has been rolled back to the working version. Sorry about the trouble! (Also did you try the Steam key that came with the purchase?)

What's the diference between this and the steam version

Apart from the achievements, there's no difference! :)

Hey, i'd love to get this but when is the Linux port coming up?

It'll be up in a few hours, sorry for the delay!

Wonderful! Looking forward on playing it then.

Rainswept is OUT NOW on itch.io, 15% off for the first week!

My fav youtuber is doing a letsplay now too:

Reply
Awads1 year ago
ABSOLUTELY LOVED THIS GAME! Captured my attention from the get go and cant wait to play the full version!
Reply
Frostwood Interactive1 year ago

Hi! The full version is now available on Steam! https://store.steampowered.com/app/772290/Rainswept/

I'm super excited to announce that Rainswept comes out on 1st February for PC and MAC! :D

Super excited for the full release of this game! Any idea of how much it will cost?

Reply
Niels B1 year ago

This is just the type of games I love, will play it tonight and write a review soon after

Let me know how it goes and if you run into any issues! :)

hey just wanted to leave some feed back.  btw looking forward to the full release! ive never been into "side scroller games" idk if im using that term correctly ^.^!  I'm huge into playing mystery games,  so i had to check it.  starting off with the amount of detail that was put onto the game, just the little thing from the  the messy room, messy book shelve, personalized letters in the room and all the knick knacks around the house, did really good conveying the setting in each new place. The characters were written really well, (played a lot of indie games and sometimes the writing  they had for the characters seemed kinda hollow, like they had no personality)  i could see their personality based on the writing style and how  it change from character to character (as you guys stated on you description) the characters had very distinct personalities from troubled,tryna keep it together, and,sarcastic detective to mysterious,vague with intentions priest...I know the priest did >.> <.< i know it! haha, anyways just wanted to say  keep up the good work guys! i did  a lets play, this is my first part of it.

I'm glad you enjoyed it Leon, and thanks for the great feedback and good wishes! :)

Hi Leon, I noticed you had a couple of bugs in your playthrough (ghost didn't appear, mechanic scene etc) Can you tell me which file it was that you downloaded? Mac/ Windows? It'll help me out during bug fixing. Thanks! :)

i downloaded the game for windows version.

Thank you for playing, Rossnator! :)

I really enjoyed the game and can't wait for the full release.

I would definitely recommend supporting the Indiegogo campaign on in the post below (or in the description of my video)!

I’m really excited to announce that the Indiegogo campaign for Rainswept is now live! Please consider supporting the game by following this link: https://igg.me/at/rainswept/x/19050938

What do you think? Let me know!

Alright. This game is amazing. This is just one of the episodes I recorded for the game, but when I am writing this, I already finished the demo. Really nice job on the game, I'm looking forward to getting the full version :D

Immediately added to steam wishlist. I'm in need of more murder mystery detective ish games that doesn't have the flashlight horror theme going on and I definitely want to see more of what this story has to offer!

Announcement: Just a heads up - The 32 bit version that was uploaded today has a bug that is being currently worked on. The fixed version should be up in a few hours!

Edit: The fixed version is now up, but if you have the choice, the 64 bit version is the recommended one to download. 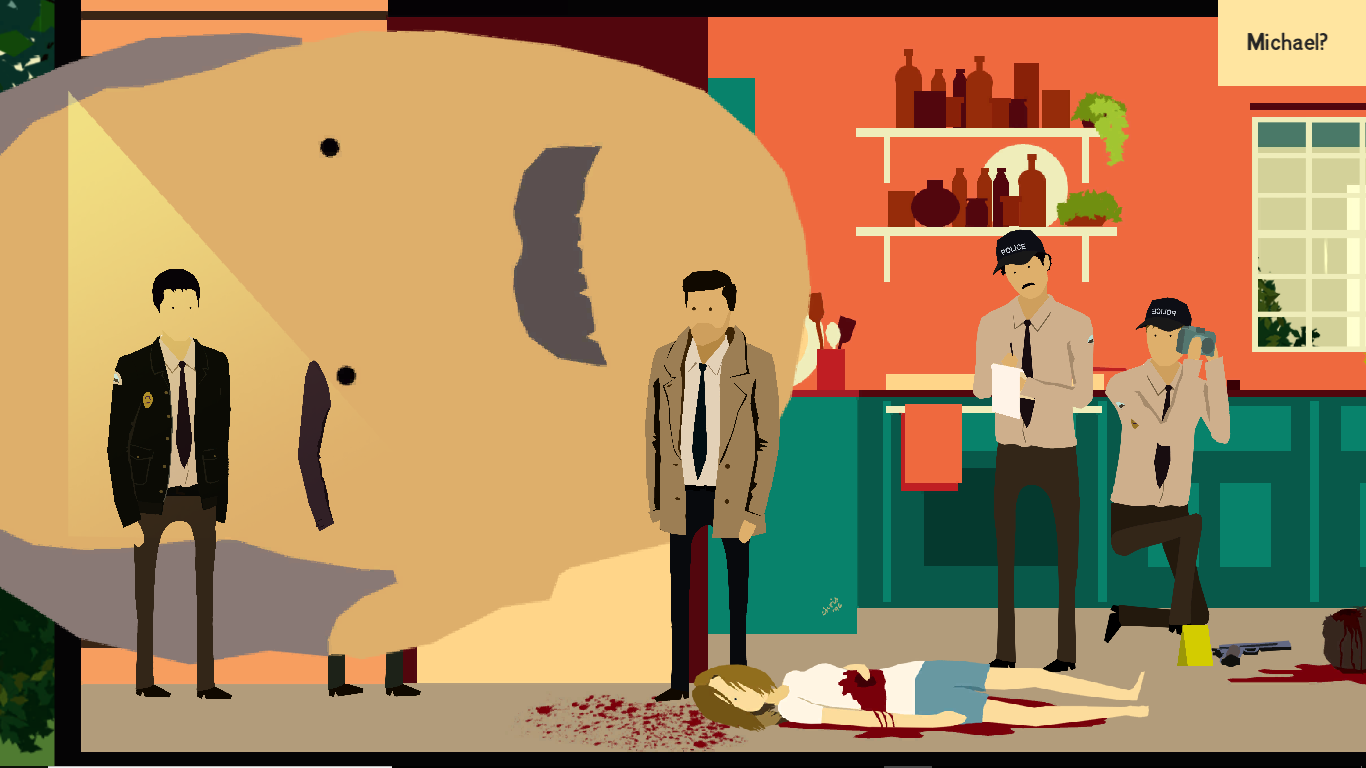 That is definitely a bug!! Can you tell me which version/ file it is that you've downloaded?

If this was the 32 bit version, just re-download the updated version. It should be fixed now :)

Oops. Really long wait for a response but it is the 32-bit version that I had downloaded.

Hope you got past the bug :) If not, you could always get the updated 32 bit version (or the 64 bit one)

Any chance of a demo for Linux?

Hi (And sorry for the late response!) I've been trying to make a linux version of the demo but usually something else ends up taking priority (as this would require me to install and test it on linux) So a linux demo is planned, it might just take a few days! I'll let you know if/ when it's up. Thanks :)

Feel free to reach me directly for GamingOnLinux at contact@gamingonlinux.com :)

Sent you a mail!

I would love a Linux version as well. Count me in for a purchase if you can ever get it going.

Awesome news ! Thank you for the update. I will keep an eye out for it. 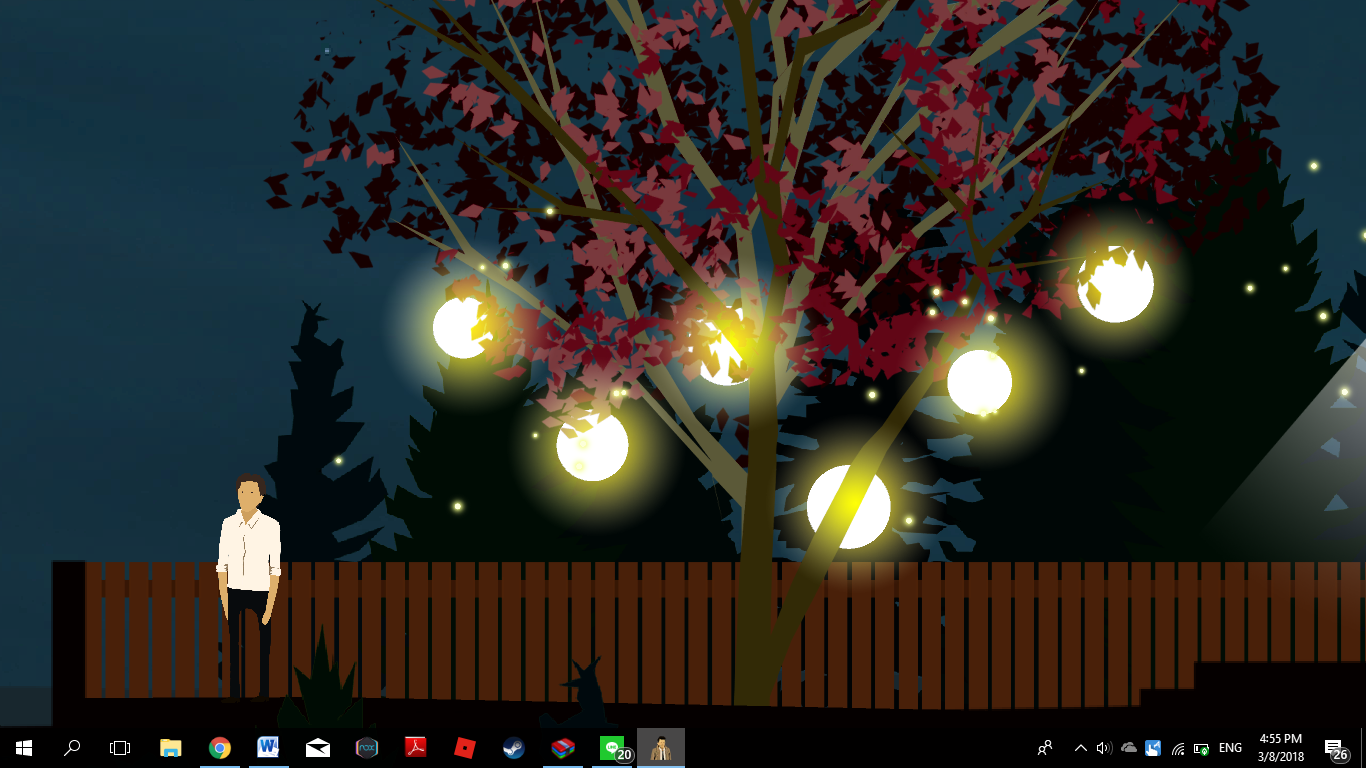 hey i think i found a bug, i was in diane and chris's room and i open the drawer (the one that's locked) and i played as chris, it told me to go outside and i did but i was on the edge and nothing happen. i waited like a minute but nothing really happen so i check a video and i saw that a woman was supposed to talk to chris but it didnt happen to me.

Hi, sorry about this. Did you try restarting the level? And did you go all the way to the left?

Hmm that's odd. Thanks for letting me know, I'll look into it.

Hi! I've been able to identify the issue, thanks for pointing it out! There should be a fix up in a day or two - I'll keep you updated.

i finally finished the game :D (after a month< but it still counts... right?)
anyhow, i LOVED it and wish you the best in developing the full thing. and waiting on that one too

Keep the good work man! I played a little and a like it.

This game feels like if Broadchurch (TV show) was turned into a game! :) Which is to say, I liked it, and look forward to the full release. The music and story are good so far, and I haven't even finished the demo yet! I'm just going to throw this out there, but when picking dialogue options, it would be nice if there was a dot (or something)  in front of the currently selected dialogue to make it easier to see which one I'm picking. For some reason, the color difference isn't enough and I sometimes pick the wrong dialogue because I wasn't sure which one I was on.

Glad you like the demo! :) Just wanted to make sure; did you download the updated version of the demo? It was uploaded about 14 days ago, and fixed some of the issues you're talking about (Different speakers had different colored text - blue, green, black etc) Let me know, thanks!

Yes, it was the new update. I didn't have a hard time differentiating who was talking (the colors helped in that regard). It's when I'm choosing my own responses. The way it's handled now is fine, but it would be quicker to know which dialogue choice you're picking if there was a small dot or something in front of the choice you're highlighting. Oh, another option is to maybe italicize the option you're highlighting.

Ah alright. Will look into that, thanks! :)

No problem! Keep up the great work!

I had a chance to play through this demo and upload a recording of it. I discovered a few game breaking glitches, but I left a review at the end going over everything. I love and hate the cliffhanger at the end! I WANT to learn MORE! I can't wait to see the final game release. Thank you for making it! I hope you enjoy the video! :)

So I checked your video for the feedback: More than a few people have had issues with the controls, and had difficulties interacting with some objects. These issues will be worked on for the full game (maybe rebindable keys, or even the option to choose a point and click interface!)

Also, the demo was replaced with an updated version on Jan 14, I'm guessing you'd downloaded the original version before that? This updated version fixed the "walking out of the scene" bug, and the collision bug where you could push Officer Blunt around. It also introduced dialogue skipping, which allowed you to skip complete conversations if you'd already heard them. The full changelog can be found here: https://frostwood-interactive.itch.io/rainswept/devlog/20941/2-demo-now-availabl... In case you did download the new version, let me know. I'd then have to check if the wrong file is up for download on the itch.io page! And thanks for playing :)

I actually had an older version. This video was recorded a few weeks ago. I tend to record and upload in bulk, so I probably just missed the update. Thank you for watching! :)

Really loving the game so far, it feels like a simplistic (in art style) 2d interactive movie! The opening scenes are all so good! The music is superb, and the story and mystery so far is fantastic! Can't wait to play more! Hope you enjoy the video!

I cant wait for the full game (:

the Game doesnt load. is this game only for 64 bit computers? if so then bummer

Hey Kyros, sorry for the late response. A 32-bit version of the game has now been uploaded, let me know if it works and if there are any issues!

as soon as it downloaded i knew it wouldn't work cause its a RAR file and for some stupid reason my computer only works with .ZIP files.

I've uploaded a .Zip file, give it a shot and let me know if it works!

Hey there, Here is the last part of the demo, i loved it a lot and cannot wait to play the full game, keep up the amazing work you are doing! =]

Thanks for playing! Glad you liked it :)

I really liked the demo, the aesthetic is beautiful and I love a good murder mystery. I wrote a bit about it in my blog here:

I look forward to seeing the game develop further!

Thanks for writing about it! :)

It was a nice game reminds me of "Night in the Woods" the only problem I have with it is the characters movement is jarring and somewhat takes out of the experience but otherwise its a good game :3

Thanks! Character animations are going to be worked on for the full release ;)

Hello! I loved your demo, it was so intriguing and has an awesome style! I can't wait to see what more you do with this as its got a huge amount of potential! I made a let's play of your game here~

(Excuse my thinking it was only a half hour long!)

Why so many games offer a demo on their itch.io page but not their Steam page?

Looks like an awesome game! When will the full version be available?

The full version will be available later this year!